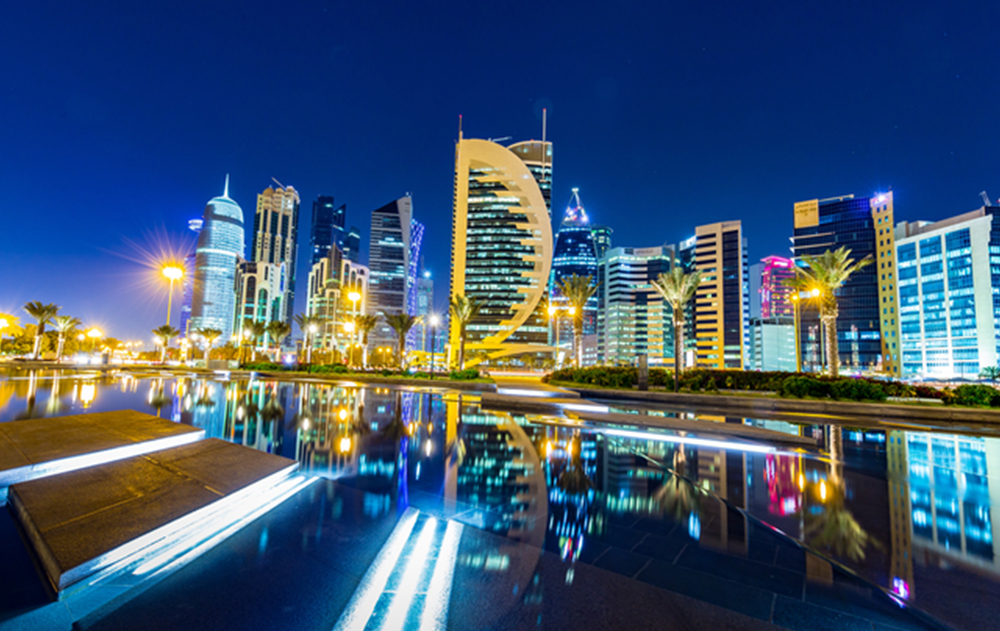 Found in the year of 1820, Doha has rightfully been coined as the capital city of Qatar. The word Doha implies big tree, which in metaphorical sense can be seen as Doha being the roots that hold Qatar in its position in the world, the bark that supports the economy, the leaves being the population, 1.5 million, making the city the most populous, and the fruits as the benefit of constant progress here. The exact location is in east, on top of the Persian Gulf.

It is commercial and a financial center of the whole Middle East. There are many headquarters of numerous companies, both on the grounds of domestic and international, like Qatargas, which constitute a major contribution to the earnings. Natural gas and oil are the main products that make up the revenue. The Hamad International Airport has successfully managed to aid in the diversifying of the tourist industry.

The city witnesses a scattering display of skyscrapers which have replaced most of the old traditional architecture. Since the advent of 2011, a number of towers have been under construction. One of the modern projects is the building of the planned community by the name of Lusail City. This is being structured in the north of the city with a budget of around forty five billion dollars. The planners have estimated project closure by the year 2022. This will provide homes to more than four million people. Another such project is that of the Al Waab City. The Doha Pearl is a man-made island which is lined with luxury shops, restaurants selling local cuisines and socializing spots. The total budget of this island was fifteen billion dollars.

Among the many areas, Doha also covers the education sector. Education City is infatuated with institutes which work tirelessly to provide quality education to the whole country. It harbors eight universities along with Qatar’s leading high school.

There are a number of museums located all around Doha, especially the classic Museum of Islamic Art, which portrays the rich culture of the whole country. The Doha Film Institute is a sustainable film initiative which plays many independent and public films.

Many events have taken place here such as the 15th Asian Games of 2006, the 2011 Pan Arab Games, the 2011 AFC Asian Cup and the 20th World Petroleum Council to name a few. The Khalifa International Stadium is one of the best stadiums of the world and will be conducting the 2022 FIFA World Championship in Doha. Other than this there are three other stadiums being established for the game. The Moto GP motorcycle championship is an annual event conducted at the Losail International Circuit.

The Globalization and World Cities Research Network has categorized Doha as one of the seven wonder cities of the world. Among the many credits, to name one other is the mention of Doha in the Fortune Magazine’s top fifteen new cities to carry out business in. It was selected as the “Arab Capital of Culture” in the year 2010.

Looking intensively through this information, Doha indeed becomes the true representation of a fast-growing Qatar. The future of Qatar is bright as Doha continues on the path of being one of the best cities in the world.